Step Pharma is a pioneer of CTPS1 inhibition, a new approach with the potential to yield a highly selective, safe and effective cancer treatment for both blood cancers and solid tumours.

Step Pharma has unlocked the de novo pyrimidine synthesis pathway – a challenge which has eluded cancer researchers for years. We have demonstrated that all cancers are addicted to CTPS1, meaning that Step Pharma’s approach may be used to treat many different types of cancer.

Our novel approach could see the highly selective treatment of cancer without the significant side effects associated with current and emerging cancer therapies.

Driven by our deep understanding of CTPS1 biology and nucleotide synthesis, Step Pharma has discovered STP938, a first-in-class, highly selective, orally bioavailable CTPS1 inhibitor which is poised to enter clinical development in 2022. It is a targeted therapy that kills cancer cells while leaving healthy cells unharmed. 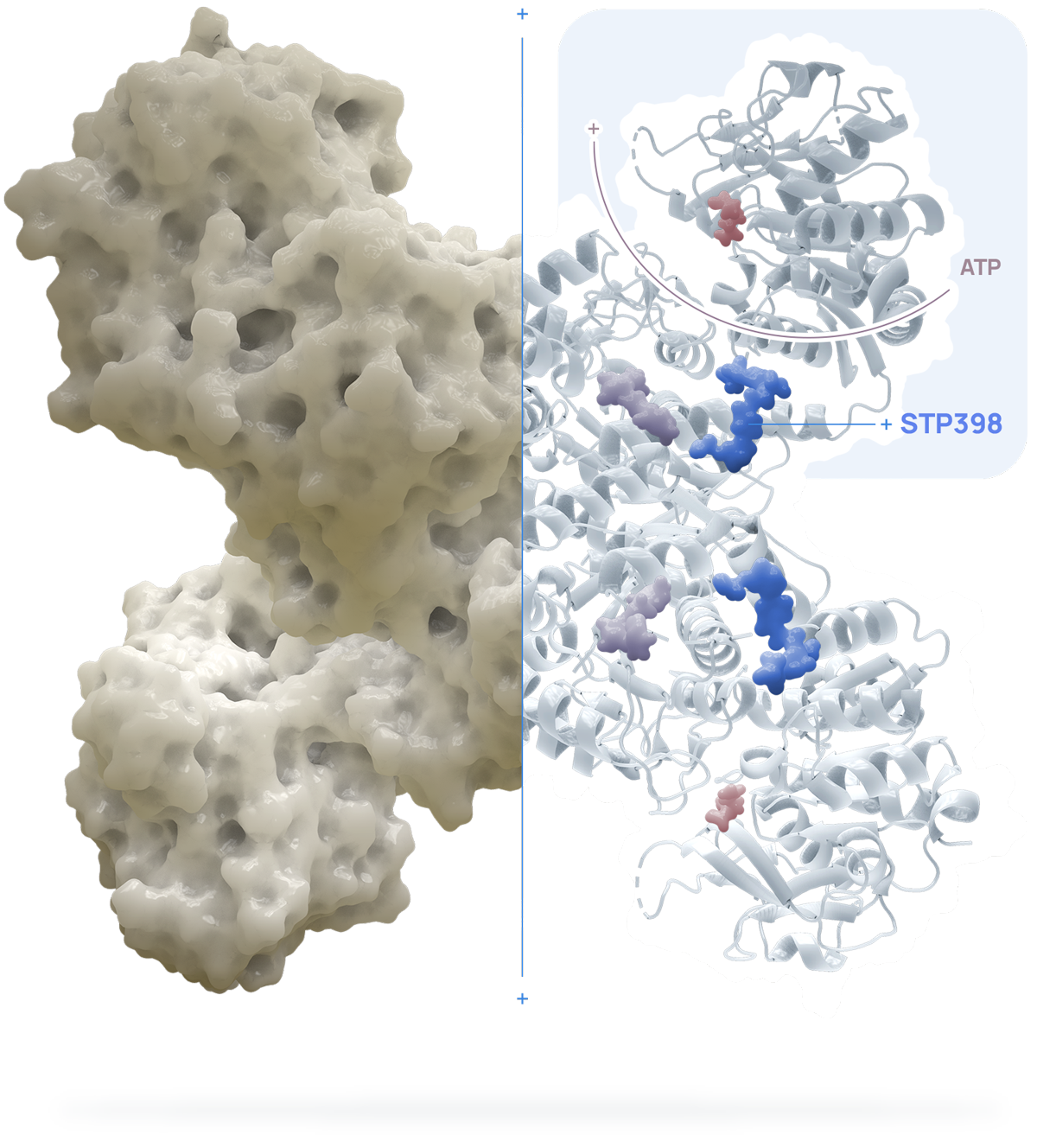 STP938 is a potent, highly selective, orally bioavailable CTPS1 inhibitor with greater than a 1,000 selectivity for human CTPS1 over CTPS2. STP938 binds to each monomer of CTPS1 mimicking CTP and thus inhibits the enzymatic activity of CTPS1.

In 2014 Prof. Alain Fischer and his collaborators at the Imagine Institute identified loss-of-function homozygous CTPS1 mutations in eight children which caused a novel immunodeficiency characterised by impaired capacity of activated lymphocytes to proliferate, without affecting cells outside the blood system (Martin et al., Nature. 2014 Jun 12;510(7504):288-92).

These findings demonstrated that CTPS1 has an essential and non-redundant role in lymphocyte proliferation while CTPS2 allows normal non-blood cells to proliferate independently from CTPS1.

Whilst CTPS2 activity is sufficient for the proliferation of normal cells outside the blood system, our work suggests that all cancer cells have become addicted to CTPS1.

Based on this ground-breaking research, Step Pharma was founded to convert this human genetic observation into a potential cancer therapy.

Analysis of gene knockouts in >1,000 human cancer cell lines identifies a dependency on CTPS1 whereas CTPS2 is redundant (data from Achilles project). 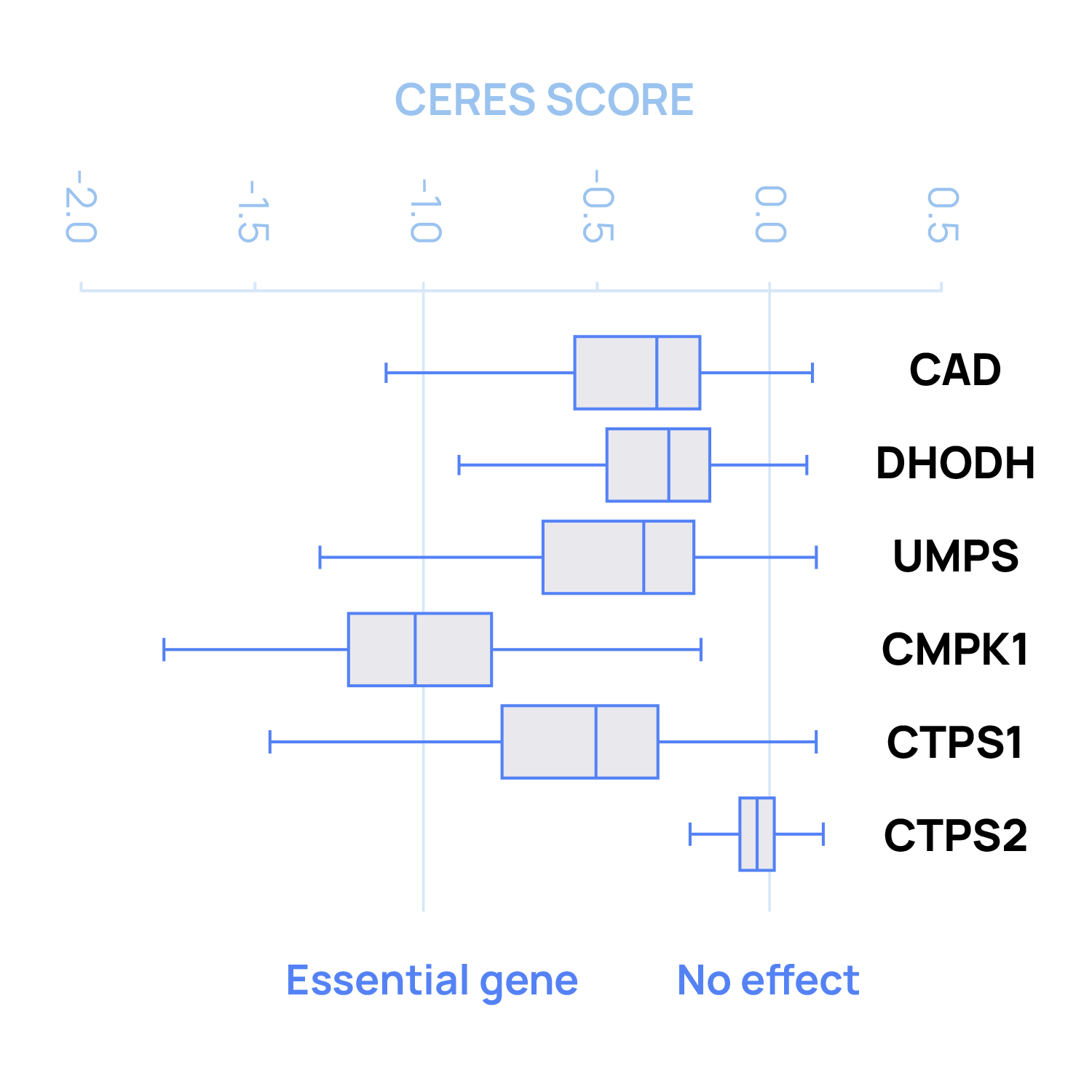 Driving a step change in the treatment of cancer for patients.

Cancer cells have an increased proliferation rate and nucleotide synthesis is a known therapeutic vulnerability.

The rate limiting step is conversion of UTP to CTP which can be catalyzed by CTP Synthase 1 (CTPS1) and CTPS2.

All cancer cell lines appear addicted to CTPS1 for pyrimidine synthesis whereas CTPS2 is not essential.

This provides a point of differentiation versus previous attempts to block pyrimidine synthesis based upon the relative importance of CTPS1 vs CTPS2 in cancer biology.

Our lead CTPS1 inhibitor STP938 has the potential to become a key treatment for a multitude of cancers and has recently entered clinical development for the treatment of blood cancers.

STP938 has the potential to become a key treatment for a multitude of cancers and could also form the backbone of various treatment regimens for solid tumors. It has recently entered clinical development for the treatment of blood cancers, with the potential for accelerated approval from a single arm Phase II study. 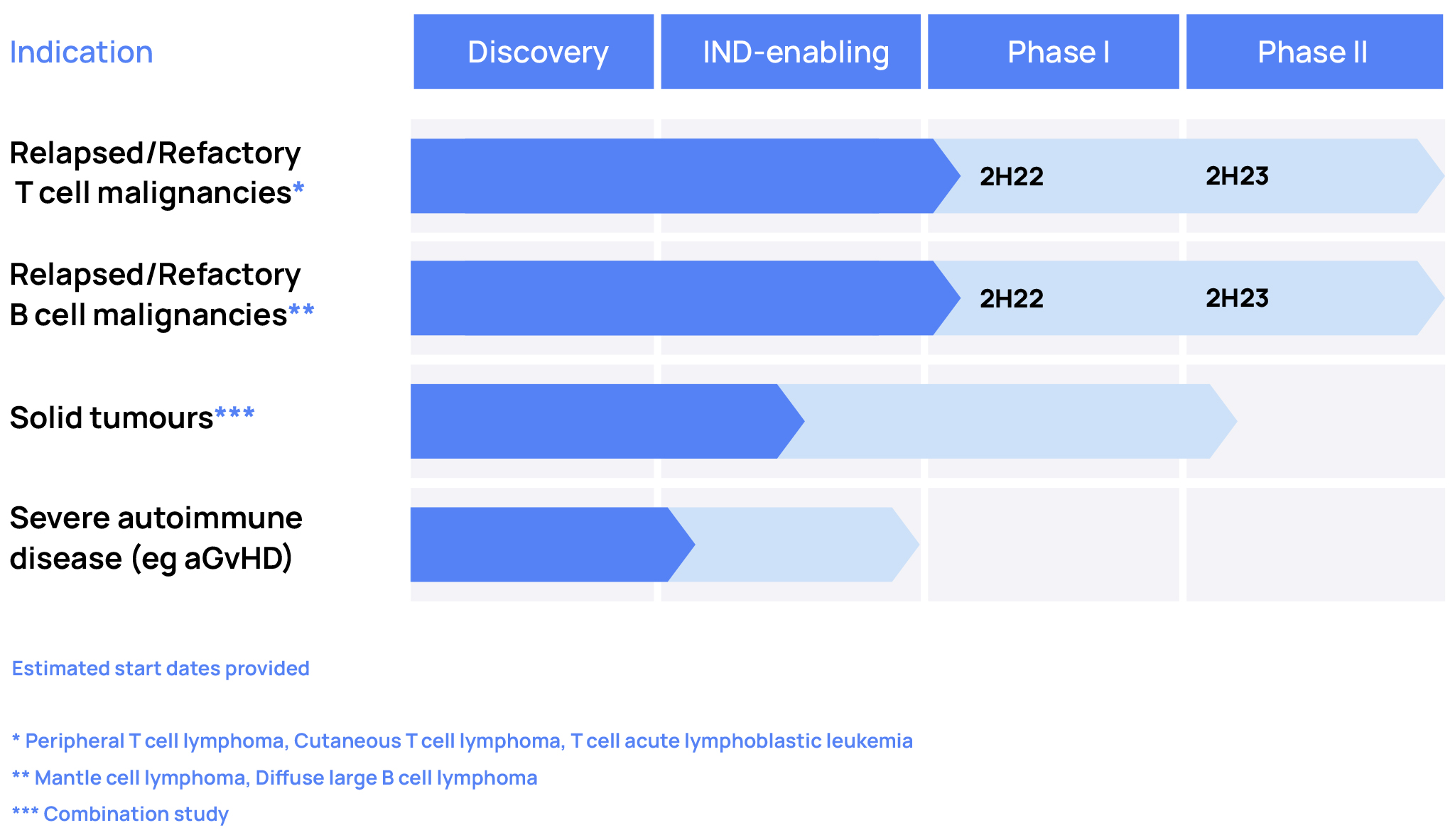 Learn more about us and our people.

Learn more about our therapeutic areas.

Learn more about our research and clinical trials.

Get in touch with us.

We use cookies on our website to give you the most relevant experience by remembering your preferences and repeat visits. By clicking Accept All, you consent to the use of ALL the cookies. However, you may visit Cookie Settings to provide a controlled consent. For more information on the processing of your personal data by Step-Pharma, please check the privacy policy.
Cookie settingsAccept AllReject All
Manage Cookie Consent